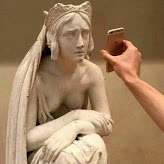 Since I won't shut up about it, I thought I'd make a post sharing some details from my YA Fantasy #MurderStatue book. Scroll down (or click) to hear about my book, farther to learn about me, and all the way to the end of this post for a snippet from the book's second POV just because I can't have a #MurderStatue post without my favorite murder statue. 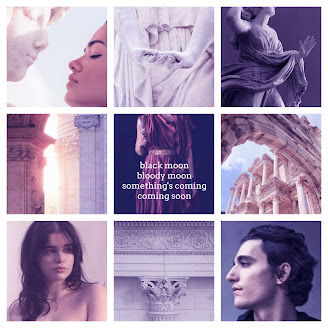 In WE SHALL BE MONSTERS, a city-state is guarded by its hundreds of statues until one awakens and begins murdering the people she's meant to protect. 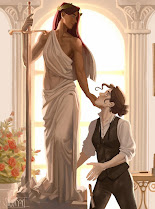 WSBM turned out deeply personal, and it's been both exciting and scary to share it with CPs and betas.

The book draws on my Italian, Roman-Catholic background, and I do think Nonna would appreciate and probably not come after me with the guilt, but the autism rep and the girl who just happens to be fat as she lives her adventure and how it all intertwines with these teens' coming of age are what I'm really hoping resonate with readers who need more of these stories. That's so important to me, it kept me writing through an epic, on-going, debilitating flare up of my chronic pain condition (thanks, mismanaged pandemic, for barring access to regular treatment!). I mostly act like everything's okay, online, but these past months have been hell, and WSBM, even on days I can barely sit at the computer, has been my main outlet. This isn't the book of my heart, it's the book of my screaming nervous system. 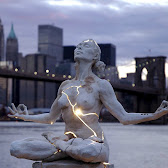 Side note, it's been a trip working on this book while statues took over the national discourse. My book is nothing to the vital ongoing movement to remove expressions of white supremacy, but it's been wild seeing people discuss how statues shape the story told by those in power while writing a book literally about statues asserting their own narratives and murdering the lies of the past. And people digging themselves out from under institutions that have brainwashed them.

That got heavy! Let's get to some fun stuff.

Oh, the John Donne Holy Sonnet #14 of it all (except in the very best Donne tradition, turning that rapturous fervor to a love interest). We've got Hozier, Florence, Evanescence, Eurielle, Klergy, Halsey, etc.

MEMES BECAUSE WHY NOT:

The general aesthetic I was going for, Italian disaster, that's it, that's the book 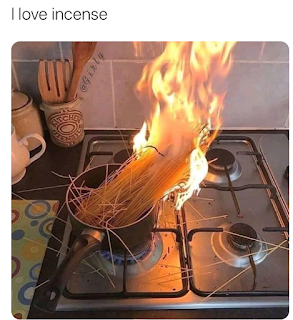 Not a meme but the FOOD! This book made me cook so much. A critique partner asked about the squash blossoms in the book, and this is what they look like before cooking, stuffed with ricotta. 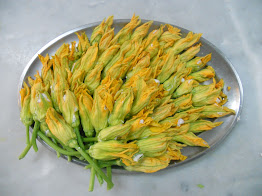 Milo, who is so soft he's legally not considered a solid. He's my pensive, overthinking, sad Italian boy. 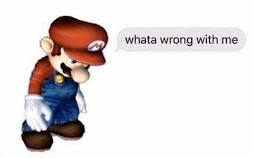 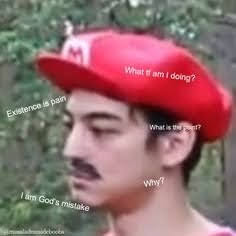 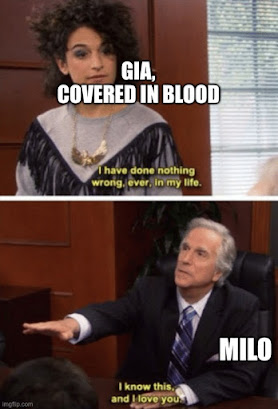 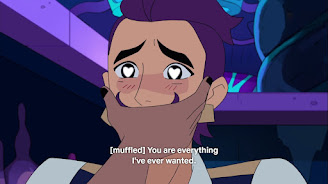 The temple trying to maintain control through the chaos: 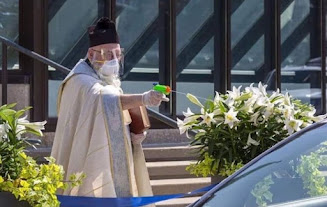 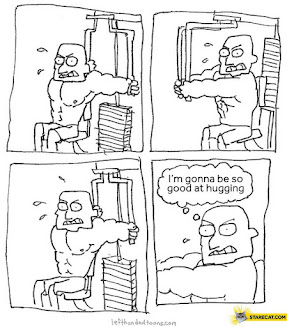 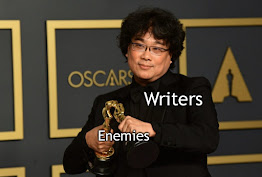 A LITTLE ABOUT ME:

If you're not one of the three readers of this blog and found this via Twitter! I'm Leanne, writer of young adult fantasy. I love teaching, theater, and actively dismantling systems of oppression. I can be found (uh pre-pandemic) spending too much time and money at my local indie, Mysterious Galaxy, screeching on Twitter about my friends' books, and corrupting the minds of America's youth (as an English teacher). I've been writing novels for a while now, and I'm really excited about seeing where I can take WSBM. 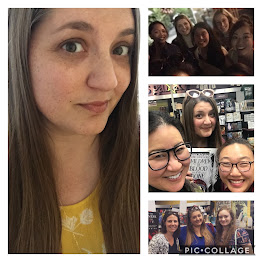 Thanks for reading! You can connect with me on Twitter and Instagram through the links in the sidebar. (And scroll down to read a snippet of my fat angry murder statue.) 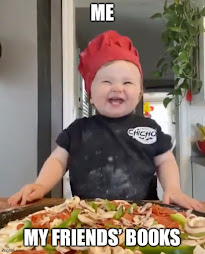 She drags in her first breath in a thousand years, drinks in pine, gulps down the last dregs of sunlight. It runs through her lungs, her blood, like the blazing of light on bronze. Quick, metallic.

She must remember how to breathe, how to live, but after a millennium, her grip doesn’t fail. Her sword completes a swing aimed at an enemy long crumbled back into dust. The movement almost drags her off the pedestal the templars set her upon, but a length of ivy fashioned of iron grips the ankle above her foot that was planted flat, secured to the block of stone. She hefts her sword back to recover her balance, wincing at the ivy’s bite.

She sheathes her sword at her back and pulls free a knife from her belt. Crouches, and slides the blade between her boot and the iron. Takes her deepest breath yet, and angles the handle down.

Her swallowed cry still sends the cat darting away. She shudders in another breath, and rocks the knife forward again. Again.

The edge of the blade bites through a leather strap. She grimaces and wrenches again. She doesn’t expect the pain to stop just because she’s awake. Alive.

Why is she alive?

The top wisp of iron ivy gives just enough for her to slip her thickly curved leg free. The knife is ruined, dulled on the iron and bent—she tosses it aside, knocking over the ridiculous paper beast, and climbs down.

The cat leaps from the shadows to tuck itself against her throbbing ankle while she surveys her surroundings.

Darkness. Crumbled temple walls. And trees grown up to supplant its columns. But the slight moon is out, and she knows where she is. Her feet know their way down this hill.

Her rage knows its long-held target.

And, pricking painfully at her heart, a slice of hope urges her forward.

The cat skitters away from her first shambling steps. Gia sets her teeth and straightens her spine. The cat creeps behind.

When they spill into the city, Gia finds it familiar and unfamiliar, a great stone heart calcified. Some ways are filled in with new buildings, small streets and alleys, but she finds the main arteries. The old squares, great buildings of worn stone.

She finds the other statues.

Above a well sunk in the middle of a square, a stone man with one arm contorted back raises his other in warning. A jeweled beast, a serpent, positions its teeth around the man’s wrenched arm. The mockery of it—Gia’s rage swells like the Argus in late spring. She stares up at the man’s face, agony cast in moonlight, and the slice of hope wanes, growing smaller and sharper, piercing deeper.

She pushes on. The streets are all quiet. It’s the city’s turn to sleep.

And hers to enact vengeance.

The first temple waits atop its hill at the end of the great road, paved darkly and lined now with so many statues. Their stone faces watch her. Jeweled monster eyes wink with silvery light. Carved teeth and claws fill the dark.

She draws a slow deep breath through her nose. No running away this time. She enters the square, limps towards the temple steps.

A figure shatters the staid lines of the temple’s steps and columns, silhouetted by the torches along the wall. A long curve twisting in pain and endurance and spiked with a dozen weapons. Arrows and spears feather the statue’s back and shoulders like a nightmare of wings. A lone spear shafts down through the woman’s front, rending stone tunic and flesh. Gia doesn’t feel her feet move, but she finds herself closer, rounding on the statue, looking up into her face—beautiful and stoic and marked with a crescent drawn upon her high brow.

The slice of hope splinters all the way into Gia’s heart.

Her rage comes alive, like a serpent threading through her veins, through her limbs, like battle cries and clanging swords in her head. Her breath escapes her again. There are no more fine words, just her vision narrowing to one black thought: Enemy. Enemy. Enemy.

The temple breaks open, light spilling from around a door. Gia crouches behind the statue’s pedestal. Two men stumble out.

One begins down the steps, but the other hangs on the door frame. “You’re too drunk to make it.”

“The pleasures of Helena’s bed call even through three bottles of wine!”

The first templar dismisses this with a wave and a laugh, “You’ll wake tomorrow in an alley halfway there and late for rites.”

“Better make an offering now then.” He leans one hand upon the statue’s breast, just above where the stone spear pierces her, and with his other jerks up his robes.

The other man snorts and swings himself back inside, fumbling the door closed. The clank of the lock and thud of the security bar follows.

Piss hits stone. Gia rises like lava coursing upwards. Why does he get to be alive, to drink and piss and bed his way through days and nights never stolen and frozen in stone? She draws her sword.

The templar spins, barely steadying himself by the jutting spear. He spies the cat, ambling across the square, and slumps. Chuckles at himself.

He doesn’t notice Gia until she steps completely from behind the statue, one girl shifting into two. One still and stone. One blood and fury.

They sing together as Gia strikes. Her sword slashes—the man falls. Blood flies. A proper offering at the statue’s feet.

He struggles away, painting the stones a slicker black. Only able to gasp. Gia thrusts, trapping his body to the stone. The moon has lost itself behind the city walls, but there is just enough light to see the fear in his eyes. Gia drinks it in to the last dreg.

When he’s dead, she yanks her sword back, hissing as her weight shifts to her sore ankle. Still, there’s more to do. More enemies waiting in this temple. She steps around the fallen templar.

Her chest tightens. Gia frowns. She is not afraid. She is the monster stalking this night. Her next breath comes thickly.

She retreats, back to the edge of the square, catching herself against the corner of a building. She fights down another breath. Her palm scrapes over the rough blocks. She shoves her way farther from the enemy, around another corner, down a narrow alley. The cat chases after her and mewls as Gia sinks to the ground.

No. She can’t go back to the silence and waiting, under the unbearable weight of betrayal and impotence. Her fist clenches the hilt of her bloody but unsated sword.

She swallows a shallow breath and curls into herself, as if she could hold on to it. But with a gasp she becomes again stone, and still.